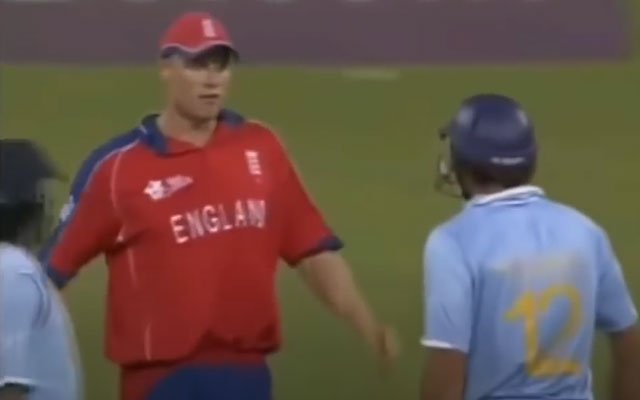 Yuvraj Singh was one of the important parts of Indian cricket history. He has a huge fan-following in India and all over the world. The southpaw has been one of the dangerous batsmen during his heydays. His ability to hit sixes is what makes him a class apart from most other batsmen of the Indian team.

Other batsmen required power to hit sixes but for Yuvraj Singh, the timing was more than enough for him to clear the boundary rope. Remember Yuvraj’s iconic flick hit off Brett Lee in the 2007 T20 World Cup? The shot was all about timing rather than power. Brett Lee bowled at 147 kmph and Yuvraj hit a 119m six.

With just a flick of his wrists, the elegant southpaw has launched the balls into the stands. He represented the Indian team in 40 Tests, 304 ODIs and 58 T20Is wherein he scored 1900, 8701 and 1177 runs respectively. He smashed 3 centuries and 11 fifties in the purest form of the game.

Coming to the ODIs, he struck 14 centuries and 52 fifties to his name and he smashed 8 fifties in T20Is. He also played many games in Indian Premier League, scoring 2750 runs in 132 games, registering 13 fifties to his name. Yuvraj well and truly entertained his fans whenever he stepped out to bat.

Yuvraj Singh was often known to be a jovial customer on the field where he had countless funny moments on and off the field. But when someone messes with him, it is totally a different story altogether. During the 2007 T20 World Cup match between England and India, Andrew Flintoff ruffled Yuvraj’s feathers by saying something to the southpaw.

A few words were exchanged between the duo and the umpire had to come and intervene. But what happened next was indeed one of the iconic moments in Yuvraj Singh’s career. It was because of Flintoff, Stuart Broad suffered the wrath of Yuvraj Singh as the latter hit 6 sixes in an over.

“I remember I hit two good boundaries off Flintoff which he obviously didn’t like. He said something to me and I said something back. He told me, ‘Come here I will rip your neck off’. So I said, ‘You know where my bat would go’. It was quite a serious fight at that time. I just felt like I wanted to hit every ball out of the park,” Yuvraj Singh revealed.