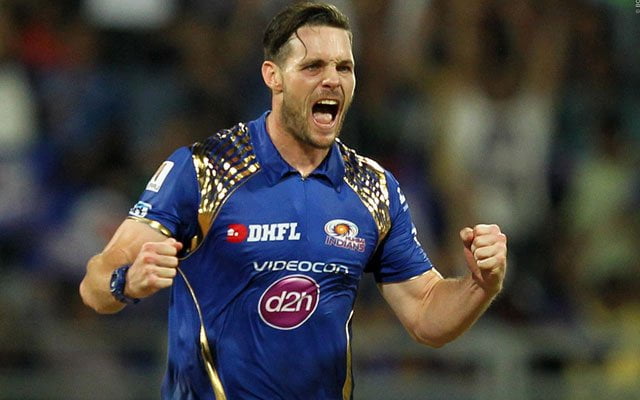 The 27th match of the ongoing edition of the Indian Premier League witnessed one heck of a contest between Chennai Super Kings and Mumbai Indians at Arun Jaitley Stadium in Delhi. The El-Clasico of the IPL certainly lived up to the expectations as it turned out to be an absolute run-fest. This was by far the best match in this season’s IPL.

Both teams smashed a plethora of sixes and fours and moreover, it was raining sixes in the game. The match witnessed 30 fours and 30 sixes from batsmen of both teams. Mumbai Indians captain Rohit Sharma won the toss and elected to bowl first. Chennai Super Kings got off to a sensational start despite losing Ruturaj Gaikwad in the opening over.

Chennai Super Kings posted their highest ever total against Mumbai Indians in the history of the IPL by posting 218/4 in 20 overs. However, the defending champions sprung in with a surprise as they chased down the total in the last ball. MI all-rounder Kieron Pollard top-scored with 87 off 34 balls including 6 fours and 8 sixes.

After Mumbai Indians gunned down the second-highest chase in the history of the tournament, fans started to troll the defending champions on Twitter. For each and every win, the fans have been coming up with tweets tagging Mukesh Ambani. Meanwhile, former Mumbai Indians player Mitchell McClenaghan responded to such trolls.

Some fans crossed their limits by coming up with clueless remarks and former MI pacer McClenaghan decided to silence them with perfect replies. One of the fans wrote: “Ambani Indians”. In reply, the Kiwi pacer wrote: “yup they own the team.” The other fan wrote: “Mumbai = money= trophy”. Mitchell replied: “Yup you get Money by winning trophies – that’s why there is prize money for @IPL winners.”