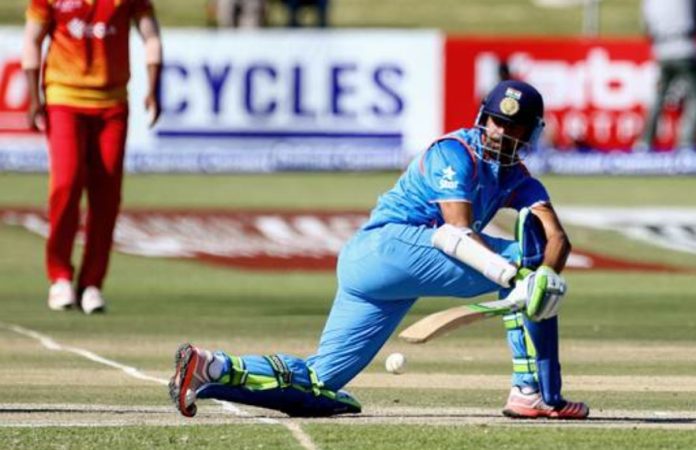 Several top players played for Team India during their cricketing careers. However, one must know that even before they donned the Indian outfit, they were once noobies. In fact, they were waiting for chances to showcase their mettle on the field.

Thanks to the selectors who gave opportunities to players like Sunil Gavaskar, Kapil Dev, Sachin Tendulkar and so on. They utilized their chances properly and make their presence count on the big stage. As a result, they went on to become legends in the sport.

Case in point, cricket fans rarely came across a player named ‘Faiz Fazal’. The left-handed batsman was just like others waiting in the wings, dreaming to play for India at a young age. However, that wasn’t meant to be. While he almost thought he would never be called given the age factor, an opportunity came to knock on his door.

The 30-year-old solid opening batsman earned a call-up to the Indian national cricket team during the tour of Zimbabwe. At that time, he also had become the first Indian player in 16 years who made his debut for India in his 30s.

The southpaw accumulated 714 first-class runs at an exceptional batting average of 44.62. On top of that, his three centuries included a match-winning 127 against the Rest of India while chasing down a colossal total of 480. His performance drew the attention of the selectors.

Faiz Fazal scored an unbeaten 55 in the third and final ODI game against Zimbabwe in Harare. He drew praises for his batting but unfortunately, little did he know that this was his last game for Team India. “This is a massive surprise for me,” Fazal told ESPNcricinfo after he was roped in for the Zimbabwe tour.

“For two years before this, I kept looking up to see if I was picked every time a squad was announced. But I was disappointed each time. I’ve tried to consciously steer away from thoughts about selection, so to receive this news early morning from India is a big surprise, but I’m happy. It’s funny how when you stop expecting something you have always chased, things start to happen,” he said earlier.

CricBouncer is an online news portal covering all the latest happenings related to Cricket world.
Contact us: contact[email protected]