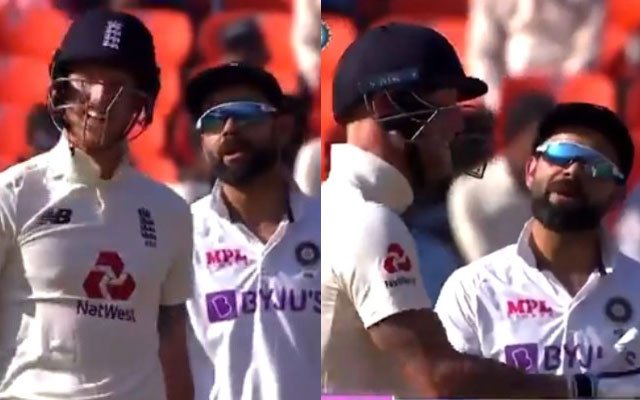 The ongoing high-profile Test series between India and England certainly lived up to the fans’ expectations. While England dominated the first Test by beating the hosts by 227 runs, Team India came back with a better plan in the second Test as they won the game by 317 runs to register their biggest win over England in the longest format of the game.

The Test series is currently locked 1-1. The third Test match is currently being held at the world’s largest cricket stadium – Narendra Modi Stadium in Ahmedabad. The day-night pink-ball affair saw fans turning up in numbers to cheer for their favourite players in action. England captain Joe Root won the toss and elected to bat first.

The result of the Test series will play a crucial role for both India and England as it will decide the second finalist of the ICC World Test Championship slated to take place at Lord’s in June this year. Earlier, Kane Williamson’s New Zealand became the first team to book its berth in the ICC WTC final after Australia postponed their tour of South Africa.

Indian bowlers provided a great start by taking wickets at regular intervals. England lost track after losing their captain Joe Root at 74/3. During the middle of England’s innings, an incident took place when the Indian captain lost his patience with England all-rounder Ben Stokes.

During the overs, Ben Stokes was at the striker’s end and that’s when Ravichandran Ashwin was brought into the attack. While Ashwin was about to deliver, Stokes delayed the game as he stopped Ashwin owing to some reasons. The all-rounder clearly felt some outward disturbance as he signalled it with his hands.

It was at that time when Indian captain Virat Kohli lost patience in between the overs. The 32-year-old captain had walked up to the England all-rounder and shouted “Come on yaar Ben.” The video is doing the rounds on social media platforms.

Meanwhile, England were bundled out for a low total of just 112 in the first innings. Axar Patel was the pick of the bowlers as he accounted for 6 dismissals while Ravi Ashwin took 3 wickets to his name.