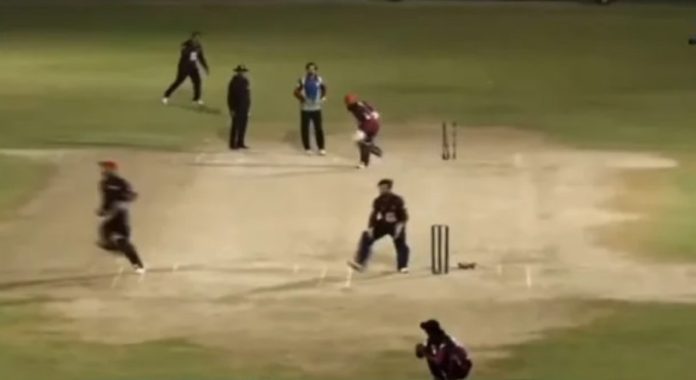 Cricket fans all across the world stumbled upon a mystifying phenomenon that transpired in the Al-Wakeel Cricket League. The incident was so hilarious and confusing at the same time. Meanwhile, the commentators didn’t know how to react to the climax as he was reiterating “Oh my God, Oh my God”.

Did something like this ever happen in a cricket match since the inception of the sport? Probably no. Well, let’s learn about the turn of events that took place during the match. The game between Audionic and AutoMall witnessed a strange incident that everyone involved in the game would probably never forget.

The fielding team completely lost the plot at the crucial juncture of the match. As a result, they went on to lose the game. Chasing a pretty decent target of 155, the AutoMall went about their business by taking the game to the end. They were still in contention to win the game till the last ball of the match.

Bizarre climax in Al-Wakeel Cricket League takes everyone by surprise

AutoMall had to hit a six off the last ball to win the game with two wickets in hand. It was when a comical incident took place that left everyone in splits. The drama unfolded when Raheel A.Maje was at the striker’s end with Adeel Abid Sham at the other end.

Maje already smashed a boundary in the over and was pretty much confident of finishing off the game. Meanwhile, the fast bowler delivered a full-length delivery and the batter tried to smash the ball down to the long-off region in search of runs.

This let the opposition take advantage of 5 and won the game. The fielder could have simply avoided such a stupid mistake because the game was already over when he collected the ball.