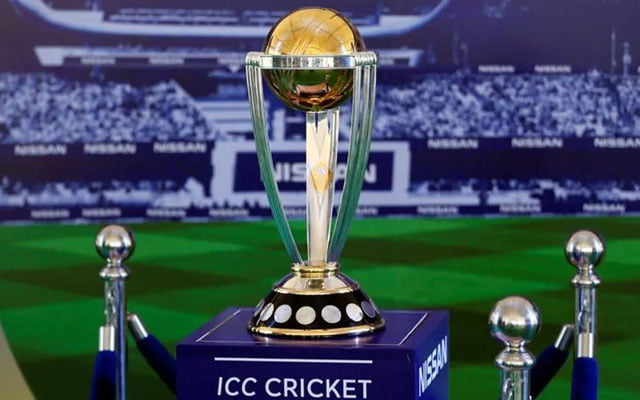 In the latest development, cricketing nations have expressed their interest in hosting ICC limited-overs events during the upcoming eight-year tournament period. It is to be noted that the next cycle will be from 2024-2031.

Teams like India, England, Australia are among 17 teams to have expressed interest in hosting the white-ball events in the aforementioned cycle. The apex cricket body confirmed the development via a press release on Monday.

According to a PTI report, the BCCI, last month decided to bid for 3 global events including 2 World Cups in shorter formats, during the next cycle that commences from 2024. However, the Board of Control for Cricket in India is not keen on paying any hosting fee.

In fact, there will also be a problem of a tax waiver which the Indian board needs to obtain from its government to host ICC events. It was at the last Emergent Apex Council meeting, the BCCI made this decision. It is to be noted that the BCCI would bid for one Champions Trophy, a T20 World Cup and a 50-over World Cup.

In the wake of the expansion to its event programme in the next cycle, the ICC has started the process to identify the hosts for men’s white-ball events to be held post-2023.

As many as 8 men’s ODI and T20 events consisting of two men’s ODI World Cups, four men’s T20 World Cups and two ICC Champions Trophies, will be hosted from 2024-2031 cycle.

17 nations submit a proposal as a potential host

Meanwhile, ICC acting chief executive Geoff Allardice said: “We are delighted with the response from our Members to hosting ICC men’s white-ball events post 2023. This process gives us an opportunity to extend our range of hosts and grow interest in cricket worldwide, reaching more fans whilst creating a long-term legacy for the sport.

“Cricket has more than a billion fans around the world and ICC events have a proven track record of bringing significant economic and social benefits for host counties.

“These events provide hosts with a wonderful opportunity to work closely with local communities to grow the game whilst supporting economic and social development public policy goals.”

Not long ago, the ICC had announced that the Champions Trophy, which has not been held after 2017 in England, will be brought back during the next FTP cycle and correspondingly India has decided to bid for it.

Allardice further added, “We will now move forward to the second phase of the process where Members will provide a more detailed proposal before the ICC Board takes decisions on our future hosts later this year.”