WATCH: Varun Chakravarthy gets rid of MS Dhoni with a magical delivery 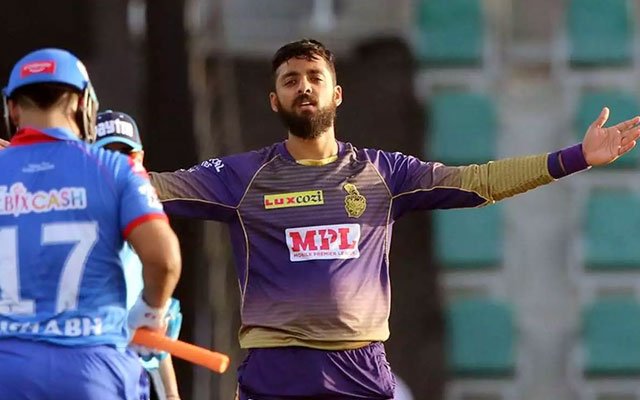 Kolkata Knight Riders leg-spinner Varun Chakravarthy turned out to be a worthy option for Eoin Morgan and Co in crunch situations of the game. The 29-year-old talented spinner has been the talk of the town for his spectacular bowling. He has been bowling ever so well in the ongoing edition of the Indian Premier League at the United Arab Emirates.

Varun Chakravarthy is the leading wicket-taker for Kolkata Knight Riders in the 2020 IPL edition. The leg-spin bowler has taken 15 wickets from 12 games he played for the KKR franchise. He registered his best bowling figures of 5/20 against Delhi Capitals at Sheikh Zayed Stadium in Abu Dhabi. He was also named the man of the match for his superb bowling.

KKR spin bowler once again continued his good bowling form from where he left off. Varun Chakravarthy was the best bowler for KKR against Chennai Super Kings in the recently-concluded match. Despite taking two wickets to his name, he also ended up as the most economical bowler.

Varun Chakravarthy leaked only 20 runs in his quota of four overs. He picked two important wickets – dismissing the likes of MS Dhoni and Shane Watson. However, his ability to deceive MS Dhoni during the game was the major talking point. The spinner absolutely outsmarted MS Dhoni by making a complete mess of CSK captain’s stumps.

The incident happened during the 15th over of the game when Varun Chakravarthy produced a gem of a delivery towards MS Dhoni who was looking to get set at the crease in CSK’s run-chase. When MS Dhoni attempted to play the ball, he was totally amazed by the behaviour of the ball as it beat him all ends up and hit the stumps.

MS Dhoni made his way back to the pavilion after making 1 run. However, Ravindra Jadeja’s sensational knock helped Chennai Super Kings beat Rajasthan Royals by 6 wickets at Dubai International Stadium. Jadeja scored a whirlwind 31 off 11 balls including two fours and three sixes.