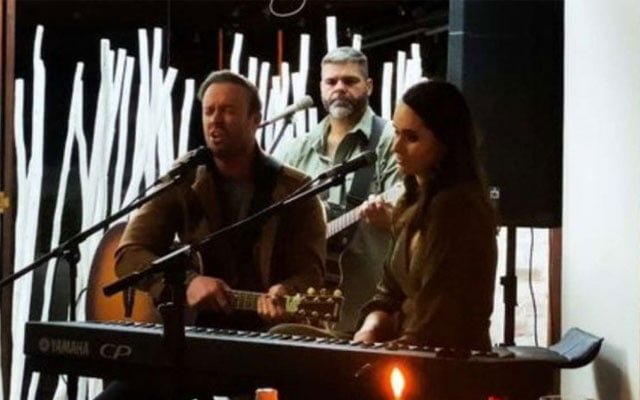 There is literally nothing in this world that AB de Villiers cannot do. His prowess in other fields is incredible. He played football, badminton, rugby, tennis and has also thrived in these fields when he was at school.

When AB de Villiers travelled to the UAE to play the IPL for Royal Challengers Bangalore, the right-handed batsman was also spotted capturing a candid photo featuring Anushka Sharma and Virat Kohli at a beach.

Now, the former Proteas cricketer showcased his singing skills on Tuesday. He took the cricket fraternity by storm with his singing skills as he sang his favourite song on his father’s birthday. Mr.360 performed “I won’t give up” composed by Jason Mraz.

The star cricketer sang the song with his wife alongside to celebrate his father’s 70th birthday. He took to Instagram and explained that the song is one of his “all-time favourites”. He also gave a reason why he loves the song. He said the song reminds him of God’s presence and also makes him feel thankful for his father.

AB de Villiers captioned the video: “On the 29th we celebrated my father’s 70th bday and I had the privilege to perform one of my all-time favourite songs with my beautiful wife. We all interpret songs in our own unique way, this song has a particularly special meaning to me and reminds me that God is always there, no matter what happens.

While singing this song on the 29th and looking across the room to my Dad, it also reminded me how lucky I’ve been to have had my him by my side as a role model for so many years.”