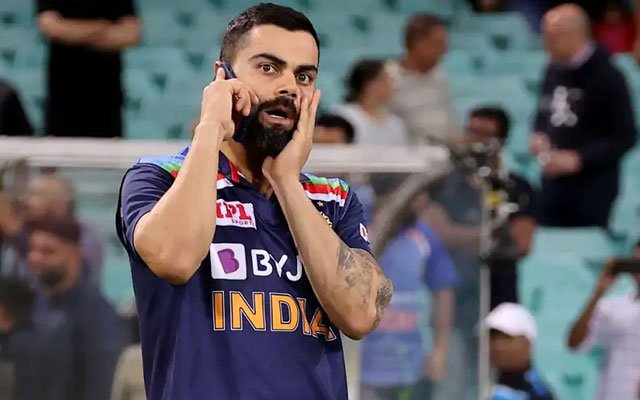 Millions of children across the world die due to malnutrition because the hungry stomachs are not fed on time. This issue has been existing for decades and still, there seems to be no end to it. However, to make a difference in society, celebrities and other personalities are stepping up to help the fight against malnutrition such that young children remain safe and secure.

In a recent development, Indian captain Virat Kohli has joined the initiative to fight against malnutrition in India. The athlete has pledged to donate all the profit from the sales of a brand new healthcare and sanitation product identified as ‘Vize’. Kohli had recently signed up with the product as its brand ambassador.

The cricketer is currently in Australia for an overseas assignment. He will return to India after playing three ODIs, three T20Is and first Test. The first Test match will be played at Adelaide. After playing the match, Kohli will return to his hometown as he has been granted a paternity leave by the Board of Control for Cricket in India.

Virat Kohli and his wife Anushka Sharma are expecting their first baby in early January. Earlier, a senior BCCI official told that family is the priority and Kohli has been given full freedom to be with his wife. Meanwhile, Rohit Sharma who has been rested for 3 ODIs and 3 T20Is will jet off to Australia to play four-match Test series.

The Indian captain expressed his delight on being a part of this initiative which aims to fight against malnutrition in the country. Kohli would donate all the profit earned from Vize products to charity organisation ‘Raah Foundation’ in order to help feed 10,000 underprivileged malnourished children in Maharashtra.

“I’m glad to be a part of this initiative which aims to fight against malnutrition in India through my earnings from Vize,” Team India and Royal Challengers Bangalore captain Virat Kohli is quoted as saying in the media release.

“As sportspersons, we athletes are recipients of much love and hero-worship. But in these difficult times, it is the Covid-19 warriors who are the true heroes who are putting their lives at risk to save the others. I feel excited to be associated with Vize because it is my way of expressing solidarity with fellow Indians,” he added.