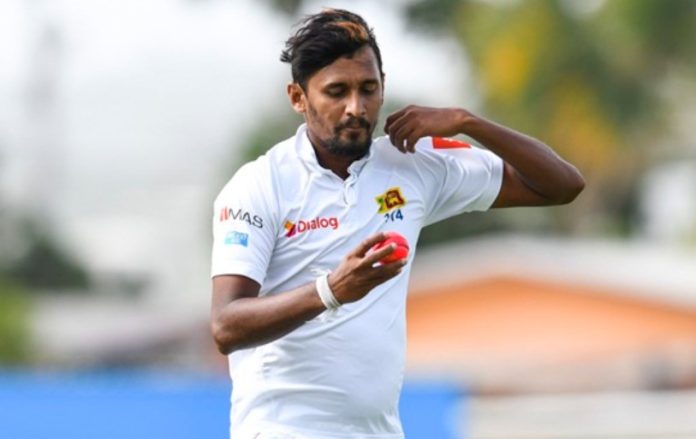 Suranga Lakmal has announced that he will call it quits from all forms of the game after the Test series in India. Sri Lanka will fly to India in the last week of February to play two Tests and three T20Is against Team India.

Their tour begins with the Test series. The first Test is slated to be played on February 25 at M Chinnaswamy Stadium, Bangalore. After that, the second Test will be played on March 5 at Punjab Cricket Association Stadium.

Sri Lanka’s veteran fast bowler will play these 2 Tests before bidding adieu from all forms of the game. The 34-year-old fast bowler played for Sri Lanka in 68 Tests, 86 ODIs and 11 T20Is. He bagged 168, 109 and 8 wickets in the respective formats.

He made his Test debut in the subsequent year against West Indies in Colombo. Lakmal made his T20I debut against England in 2011. In 2018, he led the Sri Lankan Test team and his captaincy lasted only for 5 games.

Under his captaincy, Sri Lanka defeated South Africa in the home series. Besides that, Sri Lanka clinched the series-levelling victory against the West Indies in overseas conditions. The fast bowler also submitted a retirement letter to Sri Lanka Cricket.

“I’m indebted to Sri Lanka Cricket for giving me this astonishing opportunity and having faith in me to bring back my motherland honour as it has been an absolute pleasure to be associated with the board that shaped my professional life and also enriched my personal development,” he wrote in a retirement letter.

He further said, “I have nothing but the utmost respect for all my players, coaches, team managers, support staff, administrative staff, and all other support staff.”