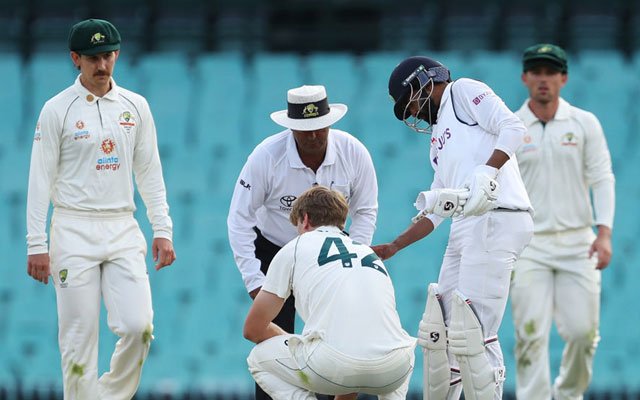 Mohammed Siraj is currently in Australia to spice it up for the upcoming four-match Test series against Australia. The right-arm fast bowler showcased his sheen with the ball in the first practice match against Australia A. He picked up 3 important wickets in his spell of 26 overs where he bowled as many as 5 maiden overs to his name.

India A posted 247/9 with the help of Ajinkya Rahane’s century and Cheteshwar Pujara’s fifty. James Pattinson was the pick of the bowlers for the hosts as he picked up 3 important wickets. In reply, Australia A scored 306/9 with the help of Cameron Green’s brilliant ton. Mohammed Siraj and Umesh Yadav accounted for 3 dismissals apiece respectively.

In the second innings, India A scored 189/9 with the help of Wriddhiman Saha’s half-century. Australia A responded with 52/1 as the third and final day comes to a close. Both teams played well and settled for a draw. Talking about the second practice match which took place at the Sydney Cricket Ground, India are in driver’s seat as Australia A trail by 86 runs.

Ajinkya Rahane who is skippering the team in Virat Kohli’s absence won the toss and opted to bat first. India were off to a brilliant start, thanks to Prithvi Shaw who played a T20 knock by scoring 40 off 29 including 8 fours. Shubman Gill also played well by scoring 43.

After the youngsters were dismissed, India never looked like going for a good score as Australian bowlers mounted pressure. However, Jasprit Bumrah had other ideas in mind. He notched up his first fifty and ended up being unbeaten on 55 off 57 balls including 6 fours and 2 sixes. Mohammed Siraj also did his bit by scoring 22.

During India’s batting, all-rounder Cameron Green bowled a tad straight to Bumrah which tempted the latter to play a straight drive with force. However, the ball went on to hit Green’s hands before hitting his head. The all-rounder fell to his ground as he sustained a concussion. The umpires called for physios who attended Green to check him whether he was alright.

During the game, Siraj showed good sportsmanship and won the hearts of fans. As soon as Green fell to the ground, Siraj dropped his bat and went up to him to inquire about his condition. Cameron Green who scored a magnificent century in the first practice match walked off the pitch.