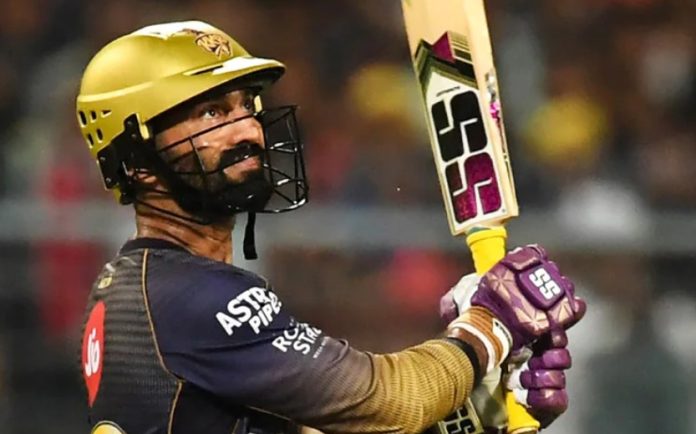 India’s veteran wicketkeeper-batsman and Nidahas Trophy 2018 final hero Dinesh Karthik made the headlines after he expressed his interest to play for Chennai Super Kings in the next season. The veteran cricketer was released by Kolkata Knight Riders ahead of the upcoming auction.

He captained KKR in IPL 2018 and IPL 2019 respectively as he guided the two-time IPL champions to the playoffs. However, he failed to win a title with the franchise. Karthik gave up on his captaincy duties midway through the IPL 2020 season as Eoin Morgan took charge as full-time captain.

However, things didn’t turn out for KKR in that season as they failed to qualify for the playoffs. They finished outside the top four as they occupied fifth place. In the subsequent season, they stunned the opposition teams by making it all the way to the final but lost to Chennai Super Kings.

However, he didn’t get an opportunity to ply his trade for Chennai Super Kings, a team that any player in the world wishes to play for. Karthik highlighted that he is from Chennai and representing CSK would be great. It will be quite interesting to see how things pan out for Karthik in the next season.

The veteran wicketkeeper-batsman enrolled himself at the top price bracket of Rs 2 crores. He is one of the 48 players to have signed up at the maximum base price. “It’s very hard for me to answer this question because it will be a very cliched answer. I’ll try and do everything that I can, not only to do well for the franchisee I play for but for myself also,” said Dinesh Karthik as quoted as saying by India Today.

“Look, it’s great if I can play for CSK. I’m from Chennai. But at the end of the day, what’s important for me is whichever team that I get to play in, it will be an absolute honour because as I said, all this practice that I’ve been doing these days is to try and do well in a tournament like the IPL”, the veteran said.