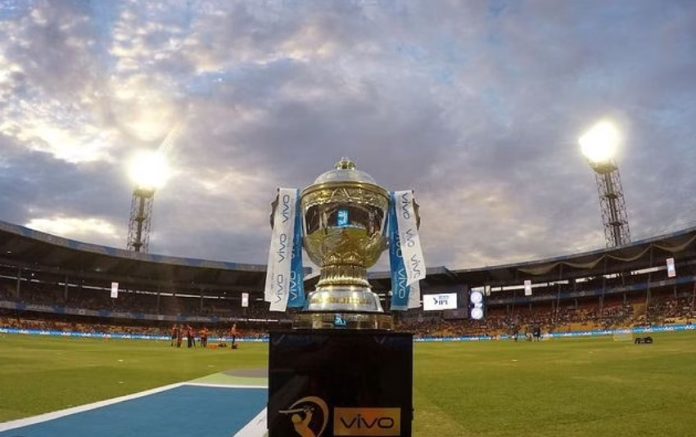 The fourteen seasons of the IPL have been staged successfully the BCCI. While we are gearing up for the fifteenth edition, the third wave has struck the entire nation. There has been a rapid increase in coronavirus cases in India over the last few days.

Meanwhile, the fans are figuring out whether the IPL will take place in India or not. Earlier, the BCCI said that they are planning to host the entire IPL in India. On the contrary, the overseas option (UAE) is also considered in case if the situation goes beyond control.

As per the latest reports, the BCCI is now considering hosting the entire Indian Premier League in Maharashtra. Meanwhile, the Omicron variant started spreading across every nook and corner of the country. As a result, it has the government to announce lockdown.

BCCI plans to host the entire tournament in Maharashtra

Meanwhile, Mumbai is one of the cities with the maximum number of coronavirus cases. Despite that, the BCCI is thinking about hosting the tournament entirely in Mumbai in its three different venues.

The reports further added that the games will be held across the three venues in Mumbai. The venues are as follows: Wankhede stadium, Brabourne stadium, the DY Patil stadium in Navi Mumbai and the Maharashtra Cricket Association Stadium in Gahunje (near Pune).

“On January 5, Hemang Amin (BCCI’s interim CEO and the Chief Operating Officer of the IPL) approached Vijay Patil (Mumbai Cricket Association president) in this regard, on the sidelines of the MCA’s Apex Council meeting. Subsequently, a few days later, Amin and Patil met Sharad Pawar at the NCP supremo’s residence.

Pawar has given his green signal to the BCCI’s proposal. During this week or in the next 10 days, he, the BCCI and MCA officials will meet Maharashtra Chief Minister Uddhav Thackeray and state chief secretary Debashish Chakrabarty to arrange for the necessary permission in this regard.

There should be no problem on this front, as the tournament will be played in a strict bio bubble with no crowds. The players and officials will be tested frequently,” reliable sources told TOI.

Staging the matches in Mumbai and Pune will cut down flight travel. The report further added that UAE is the other option if the tournament is shifted out of the country. “As of now, the plan is to stage the IPL in India. If, however, the Maharashtra option too is ruled out in the future, then the BCCI might be forced to take the IPL to the UAE again,” revealed a source to TOI.