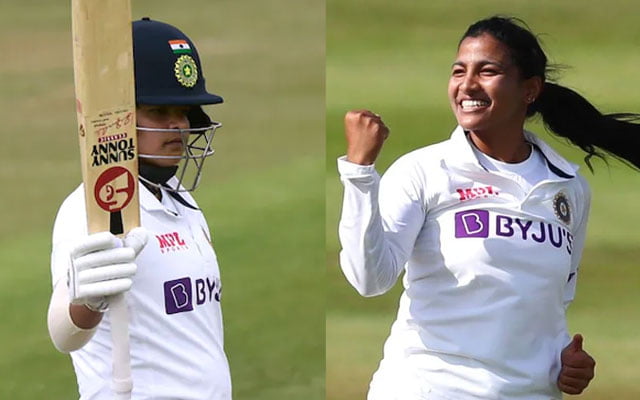 India has always been a nation that has produced quality batsmen and bowlers over the years. While men’s cricket has already thrived, considering the availability of a pool of talents, the Board of Control for Cricket in India has also decided to take women’s cricket on the right path.

The future of women’s cricket is also in safe hands now. The likes of Mithali Raj, Deepti Sharma, Jhulan Goswami, Smriti Mandhana and Harmanpreet Kaur have tried their best to take the women’s cricket forward. Now, other young cricketers are giving a helping hand to steer the team.

Shafali Verma and Sneh Rana have been showcasing their strengths in the Indian women’s cricket team of late. Meanwhile, the teenage batting sensation Shafali Verma and all-rounder Sneh Rana were on Wednesday nominated for ICC women’s ‘Player of the Month’ award.

These two cricketers were nominated for the prestigious award for June in the wake of their standout performances in the ongoing limited-overs series against England. India women lost to England women in the ODI series. However, the ladies earned a consolation win by beating England women in the third ODI.

Sophie Ecclestone nominated for the honour

Apart from these two Indian women cricketers, Sophie Ecclestone has been nominated for the honour as well. England’s left-arm spinner has been nominated in the women’s category. On the other hand, the nominees among the men are New Zealand opener Devon Conway and pacer Kyle Jamieson along with South Africa wicketkeeper-batsman Quinton de Kock.

Shafali is only 17 years old but has already impressed the cricket fraternity with her batting exploits. She had a memorable Test debut against England. She became the first Indian woman and fourth from any nation to compose fifties in both innings of a debut Test match.

She scored a top-notch 96 and 63 in the first and second innings and was adjudged the player of the match in the Bristol match. In fact, her first innings score of 96 was the highest by an Indian woman in her debut match. She also scored 59 runs in 2 ODIs against India at an imperious strike rate of 85.50.

Meanwhile, Rana also had a good debut at Bristol Test as she scored an unbeaten 80 off 154 balls. Her sensational knock helped India escape a defeat against England after they were enforced a follow on. The all-rounder took 4/131 in a Test match and 1.43 in an ODI against England.