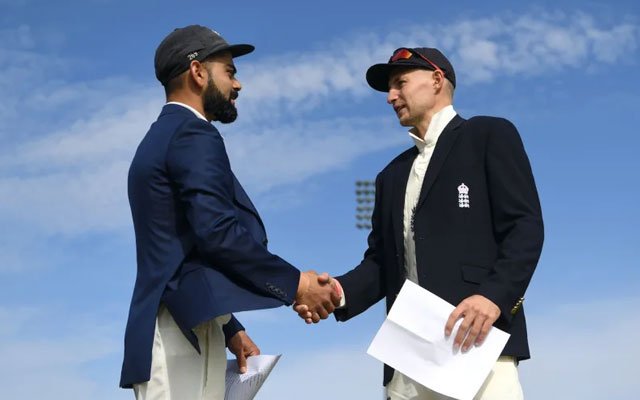 The upcoming Test series between India and England holds plenty of interesting things in store for the fans across the world. India will be aiming to book a ticket to Lord’s to play the ICC World Test Championship final. For that, they should raise their standards to beat England at home. Team India should collect at least 80 points to play the final.

India should win the Test series by 4-0, 3-0, 3-1, 2-0. If Virat Kohli & Co manage to win in any of these aforementioned scorelines, then they are destined to reach the final. On the other hand, one can’t underestimate England. Be it home or away, they can stun any opposition. Recently, they completed a comprehensive 2-0 whitewash over Sri Lanka.

Team India are also in peak form now after retaining the Border Gavaskar Trophy. Ajinkya Rahane & Co won the Test series by 2-1 and scripted history in Australian soil. However, the next battle between India and England will be well and truly interesting, entertaining and enthralling. Earlier, a senior BCCI official confirmed that fans are allowed to come in numbers for the third and fourth Test in Motera Stadium in Ahmedabad.

The first two Tests will be held at MA Chidambaram Stadium, Chennai as the tour kicks off on February 5 onwards. In a fresh development, it was learnt that 50% crowd is allowed to enter in the second Test match. Earlier, there were talks between the Tamil Nadu Cricket Association (TNCA) and the BCCI about allowing the fans in the stadium.

“See the new regulations allow for 50 per cent fans, so we are going to speak to the BCCI through our secretary and a decision will be reached only after that. But yes, for now, let’s wait and watch till tomorrow,” a top TNCA official said earlier.

However, after having advanced talks with the BCCI official, it has now been clear that 50% crowd will be permitted in the second Test in Chennai. “We discussed the issue of allowing spectators for second India vs England Test following fresh COVID-19 guidelines by the Central government permitting crowds at sporting venues and also the state government’s SOPs given on Sunday.

It has been decided by the BCCI and TNCA to allow 50 per cent spectators for the second Test by following all safety protocols,” said a TNCA official as quoted by Times of India. Meanwhile, the official also added that media would be permitted to cover both the Tests from the press box at the stadium. However, press conferences would still be held virtually.