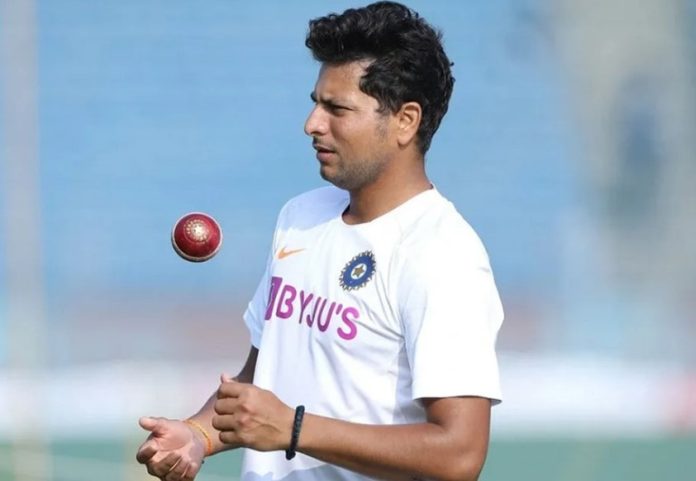 India’s left-arm spinner Kuldeep Yadav has completely fallen of selectors’ radar in international cricket. As if that wasn’t the only issue, the cricketer did not get to play even a single game in the Indian Premier League for Kolkata Knight Riders.

KKR played three games at MA Chidambaram Stadium in Chennai. The conditions suit Kuldeep Yadav’s bowling but still, he was overlooked by the team management. The 27-year-old was one of the pivotal contributors to India’s success.

He combined with Yuzvendra Chahal and formed a formidable spin pair, famously called ‘Kulcha’. However, the Indian cricket fraternity didn’t see both starting together since the ICC Champions Trophy 2017 final against Pakistan.

Since then Kuldeep fell out of favour with the selectors. On the other hand, Yuzvendra Chahal got a handful of opportunities. Kuldeep must be looking forward to making a comeback into the Indian team and it seems it would take him a lot of time.

He represented Team India in 65 ODIs, 23 T20Is and 7 Tests where he took 107, 41 and 26 wickets respectively. Kuldeep bagged a solitary five-wicket haul in Tests and ODIs.

Kuldeep Yadav gives a reply to a fan’s jobless remark

The spinner is currently active on social media portals. His active web presence is clearly known as he keeps on commenting on the cricketers’ posts. Taking note of this, one of the fans decided to pull the chinaman bowler’s leg on the micro-blogging Instagram platform.

It all started when Ravindra Jadeja took to Instagram and posted “Winter Mood”. The post caught the attention of Kuldeep Yadav as the latter decided to drop an interesting remark. He wrote: “Smart Boy”.

Meanwhile, one of the fans replied to Kuldeep’s comment saying, “Kuldeep you’re so jobless that you comment on every Indian team members’ post. No hate but just reply to me.” The comment caught the eyeballs of Kuldeep and the latter replied: “haha very jobless sir” 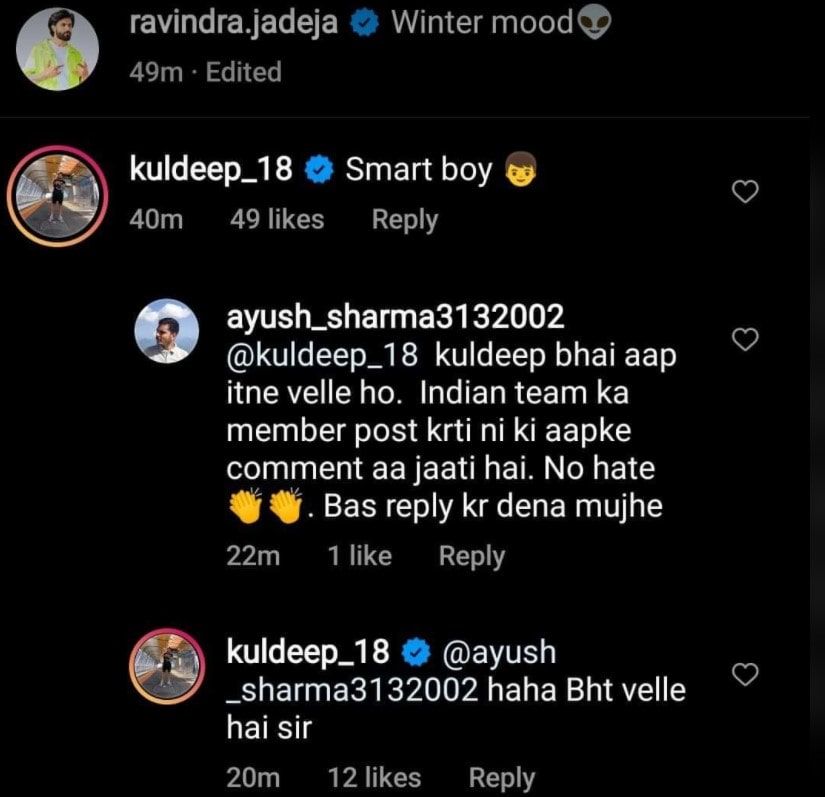