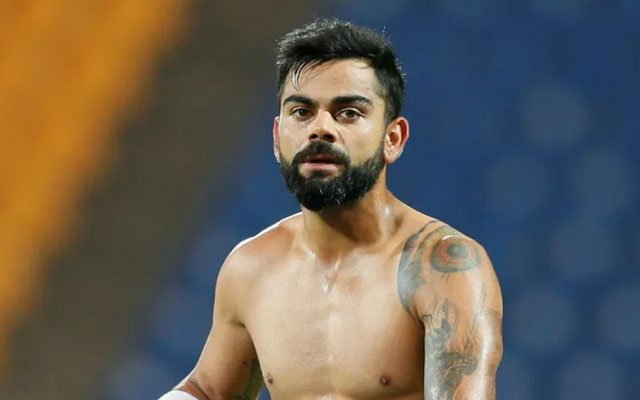 Fitness is a substantial parameter in order to represent the national cricket team. Back in those days, cricketers were selected based on their skills and fitness was not the top-most priority. If at all fitness was the priority then Virender Sehwag, VVS Laxman, Sourav Ganguly and Sachin Tendulkar wouldn’t have graced the game.

However, as the years progressed, the cricket fraternity has seen players getting injured quite often. This is the main reason why the cricket bodies of all nations decided to introduce a fitness test which is so-called the yo to test. Players need to clear this test in order to feature in the national team.

Rohit Sharma won the fifth IPL title as captain and after that, he flew to the National Cricket Academy in Bengaluru to work on his fitness. After passing the test, he was allowed to join the team. So, it doesn’t matter how big a player is, if one fails to clear the fitness test, he shall not be a part of the team.

South African fast bowler Kagiso Rabada has been one of the crucial cogs of the national team set-up. The 25-year-old is known for subtle bowling variations of lines and length. He is one of the best young pacers in the world right now.

The cricket fraternity has seen Rabada troubling world-class batsmen with a searing pace. Earlier, in an interview, the right-arm quick expressed that he relishes being fit as it helps enhance his self-confidence and mental strength.

Besides that, he has taken incredible catches in his cricketing career and that is because of his fitness. The 32-year-old Jamnagar-born all-rounder has made it a habit of taking catches in his safe pair of hands.

Ben Stokes is one of the best all-rounders in the world right now. He is a terrific batsman, bowler and fielder. Moreover, he is fit as a fiddle. The star all-rounder has been a livewire on the field.

The productive all-rounder has often grabbed the headlines with his mercurial performances on many occasions and that is what sets him apart from other all-rounders. The 29-year-old Christchurch-born is also one of the very few players in the world with sheer mental strength.

Stokes is widely recognized as the most complete all-rounders in world cricket. The phenomenal all-rounder is hailed for his grit, determination and mental power. Stokes never shies away from any challenge and has often risen to the occasion to give everything.

If you might have noticed David Warner’s gameplay, he is someone who likes to take the bowling attack to the cleaners from the word go. In his stay at the crease, besides hitting sixes and fours, he mounts pressure on the bowlers by taking quick runs as well.

Indian captain Virat Kohli is the best batsman in the world right now. The 32-year-old Indian skipper has by far lived up to his reputation in terms of his batting and captaincy. The stalwart is the only batsman in the world who has been at his absolute best across formats.

Popularly known as India’s run-machine, Kohli has an average in excess of 50 in each of the format. His world-class statistics is all because of his fitness. Kohli loves to keep himself fit and is an inspiration to youngsters all across the world. When Kohli kick-started his cricketing career, he wasn’t that fit.

Since then, his transformation has been well and truly incredible. From flip flops and chubby cheeks to the greatest modern-day batsman, the cricket fraternity saw the rise and dominance of Virat Kohli as a batsman and as a captain. He has smashed 70 international centuries and 105 half-centuries to his name.