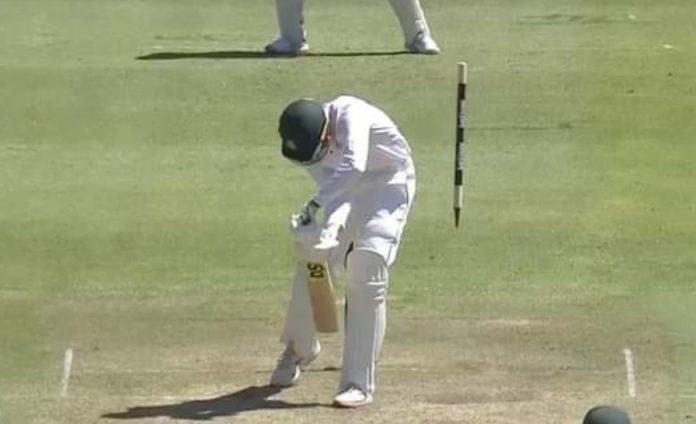 Indian bowlers have well and truly decoded South Africa’s blueprint in the ongoing third Test match at Cape Town. When the Proteas’ batters tried to leave the deliveries coming outside the off-stump, the Indians attacked the stumps and pads.

Earlier in the game, Team India managed to post 223 in the first innings. Virat Kohli scored 79 as he constructed his innings with the help of 12 fours and a six. As far as South Africa’s bowling attack is concerned, Kagiso Rabada settled for 4 wickets.

In reply, South Africa were just 13 runs short of India’s total in the second innings. Jasprit Bumrah, Mohammed Shami, Umesh Yadav have all got their line and lengths spot on as they made their presence count on the field.

Bumrah was the pick of the Indian bowling department as he registered his seventh five-wicket haul in Test cricket. This is also his second five-wicket haul on South African soil. On the contrary, Mohammed Shami and Umesh Yadav took two wickets each. Shardul Thakur settled for a wicket to his name whereas Ravichandran Ashwin remained wicketless in the first innings.

Jasprit Bumrah led the bowling attack by example as he removed half of South Africa’s batting line-up. During his fierce spell, he got rid of Dean Elgar, Aiden Markram, Keegan Petersen, Marco Jansen and Lungi Ngidi to complete his 7th Test fifer.

Among his dismissals, the way in which he dismissed Marco Jansen was a cut above the rest of the other dismissals. Bumrah generated immense pace as the ball travelled at a brisk pace towards Marco Jansen. Meanwhile, the batter decided to defend the ball.

As it happened, he left a massive gap for the red cherry to go on to uproot the off-stump. Commentators ran short of words to describe the delivery.

i keep saying this again and again but Bumrah, ONLY BUMRAH. pic.twitter.com/5txF8jm0ba