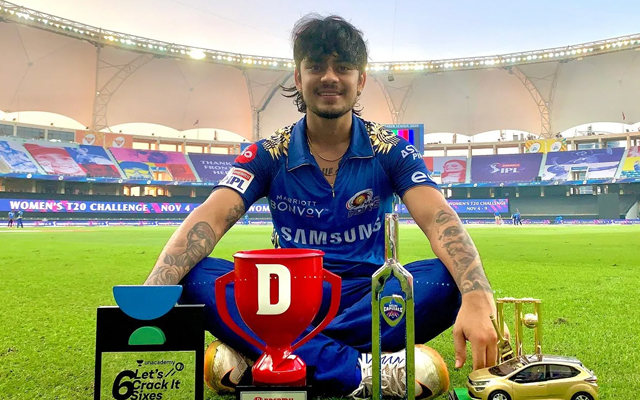 Ishan Kishan made a name for himself with his batting exploits in the Indian Premier League while playing for Mumbai Indians in IPL 2020 season. The young southpaw had a breakthrough season where he scored 516 runs in 14 games at an exceptional batting average of 57.33.

He drew plaudits for his incredible batting performances that helped him earn a call to the Indian national cricket team. In fact, he has played a few games for Team India. He scored a fifty on his T20I debut against England. Apart from that, he also scored a fifty in ODIs. Taking all his credentials into account, one can firmly say that he is certainly one of the players to watch out for in the upcoming season.

Lucknow and Ahmedabad franchise missed a chance to pick him ahead of the mega auction. Overall, the young left-handed batsman has played 61 games in the Indian Premier League where he scored 1452 runs at a tremendous strike rate of 145.76. Apart from his batting, he can also fill the wicket-keeping slot.